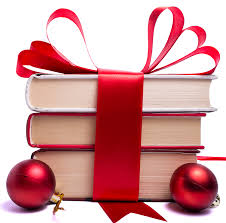 If you have someone on your Christmas list who would enjoy being spirited away to a world of time travel and harrowing investigations, please check out The TEMPLE OF INDRA series on Amazon. Also available in paperback in the consignment section of the Peterborough, Vaughan and Ajax Chapters locations. (Be sure to ask where the consignment section is located) 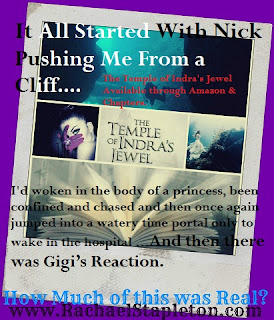 "My sanity was wavering. It had all started when Nick pushed me. Then waking up in the body of the princess, being confined and chased and then once again jumping into a watery time portal and waking up in a hospital … And then there was Gigi’s reaction and death. How much was real?" Buy Now 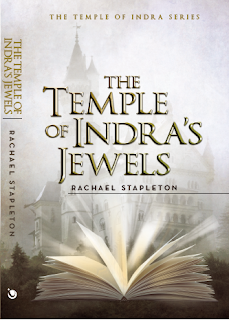 THE TEMPLE OF INDRA’S JEWEL is the first in a series of four. It is centered on the adventures/misadventures of Sophia Marcil, an unlucky-in-love librarian who is mysteriously swept back in time to 1857, where she is caught up in a plot for the throne. A modern day woman in the body of an 18th century princess, she believes she’s been cast in an elaborate dinner theatre, but as she’s pursued by suitors both odious and dreamy, she begins to investigate and unearths the truth. Her family’s heirloom has cursed her and tied her to a dangerous man, one who would stalk her in every life and do anything to possess her stone’s magic, including murder. Perhaps being a princess is not all fun and games.

"A sexy Lord of the Rings/Da Vinci Code/Twilight" Lacey Crowe - Published on Amazon.com

"This is a good read! Calling all Diana Gabaldon fans... if you are a fan of the Outlander series you will enjoy this book." Stephanie. Published onGoodreads.com 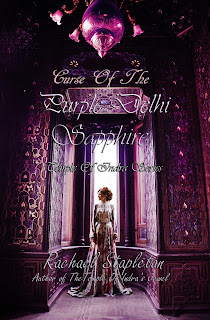 CURSE OF THE PURPLE DELHI SAPPHIRE is the second in a series of four. It is centered on the adventures/misadventures of time-traveling librarian Sophia Marcil, who is going to be murdered unless her love for books can save her—or rather one book in particular—The Book of Rochus.
It's been one year since Sophia last fell through time and her troublesome trinket has found her once more, this time in the form of an engagement ring. As usual it’s pulled her into a past life and placed her in terrible danger, the home of her nemesis circa 1920. Determined to change history and her fate, she attempts a spell from the five-hundred-year-old book given to her by a shopkeeper in London, but she unwittingly deepens her connection to her killer.
Sophia returns to the present and for her own safety goes to stay with Cullen's relative on the family estate, a property that has been passed down for generations. While there, she discovers a gravestone which makes her wonder if a murderer’s blood runs in her fiancee's veins. Desperate to uncover the truth, she searches for answers but doesn't like what she uncovers. In every life, her killer has been revealed as someone close to her and now she’s beginning to wonder if she’s being duped once again. Buy Now 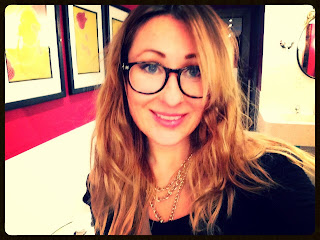 Rachel Stapleton spent her youth cultivating a vivid imagination inside the book lined walls of an old Victorian library where she consumed everything from mystery to biography, creating magical worlds, hidden elevators, and secret spiral staircases. At sixteen, she penned a column for the local newspaper and in 2006, wrote her first book featuring an adventurous librarian. She lives in a Second Empire Victorian with her husband and two children in Ontario and enjoys writing in the comforts of aged wood and arched dormers.