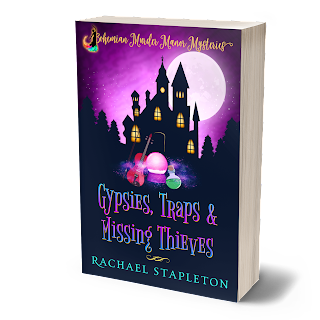 Fortune Teller Madam 'Nana' Vianu and her gifted Bohemian Lake girls, Mallory and Danior have an unparalleled weekend planned for the guests of their family-owned-and-operated lakeside manor resort.

A carnival themed mystery game including two days of fake fatal fortunes, harmless hauntings, and bogus book hunts. Or so they think until a dead body is found at the bottom of the manor's secret staircase. Rumors abound of past indiscretions and a ghost's revenge. It could all be part of the show but as the weather worsens so do their chances for survival. Snowed in with a killer, the Vianu girls must use their paranormal gifts and follow the clues to decipher what is real in this game of make-believe. Buy Now

"Stapleton did a great job writing a story that I couldn't figure out. I spent the entire book wondering if the murder was real or part of the game (I won't spoil it for you). I also didn't have a guess on who the murderer was, not even an inkling, which is rare because I can usually come up with some good theories. The author used both the participants real names and party names to add to my confusion. I've always wanted to be a part of a murder mystery party and this author made me feel like I was there." ~ Books By Steph

This is a new book in the Bohemian Lake area and it is a great read. This one focuses on the Manor and the Vianu women. They decide to host a murder mystery weekend with guests staying at the Manor which gets a little complicated with a snowstorm, attempted murder, a real murder or two, and ghosts. There are plenty of clues, many of which will lead you down erroneous paths if you are not careful. I cannot wait for the next book in the series. ~ Denise. H.

Welcome to the Bohemian Murder Manor home to the Vianu family with Nana, Mallory, and Danoir. This weekend is a murder mystery. Due to a blizzard some guests don’t make it and friends who weren’t supposed to be there arrive. A company is running the murder event and no one seems to know what is happening or who is who. This is an interesting mystery. The characters tie in with other Rachel Stapleton series which I think makes a fun addition. ~ B. Foerst 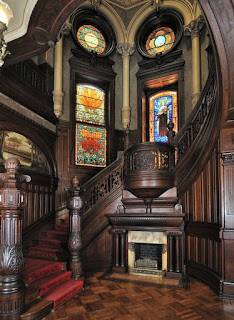 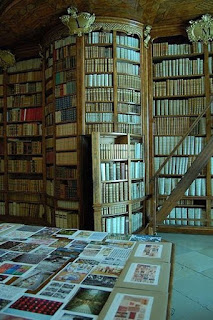 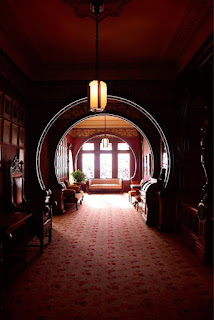