Control Your Temperance BY: RACHAEL STAPLETON, AUTHOR OF THE TIME TRAVELING BIBLIOPHILE SERIES

Smuggling, Bootlegging and Speakeasies: How to Whoop it up and Look Good Doing It 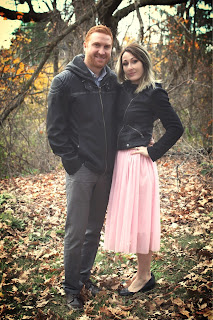 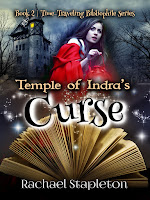 When writing the second book in my time traveling bibliophile series, the TEMPLE OF INDRA’S CURSE, main character Sophia Marcil is pulled back in time once again. This time she’s sent into the past life of her own Great Aunt, a young and rebellious Zafira Breathour. I researched many different aspects of the 1920s while writing this book: Fashion, Art Deco, and of course Prohibition and how it would have affected, the Breathour family during the 1920’s in a tempered Toronto. What I discovered was that while Prohibition was meant to eradicate the temptation of liquor, it had the unintended effect of making it fashionable. As fashionable as Clara Bow with her wavy bob, pencil thin eyebrows and rebellious spirit. 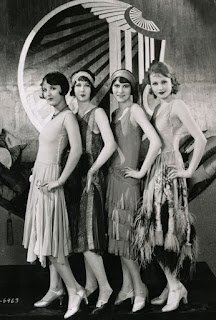 Temperance act and raids be damned. By barring liquor from the masses, the government unwittingly turned many law-abiding citizens into criminals. Generation Y also known as the ‘me me me’ kids of today have nothing on those brazen jazz babies of the 1920s. Characters like Zafira Breathour from my book who were suddenly freed of fitted garments flocked to speakeasies, blind pigs and gin joints. After all, these private establishments were accessible by password only and they could be quite glamorous. Whereas Pre-Prohibition saloons were prejudice of women, the new world of nightclubs invited both the bob-haired “flapper” and her “sheik” to drink cocktails, smoke, and dance to jazz. Who could blame them? They could vote at last: The 19th Amendment to the Constitution had guaranteed that right in 1920. Millions of women worked in white-collar jobs and could afford to participate in the burgeoning consumer economy. The increased availability of birth-control devices made it possible for women to have fewer children. And new technologies like the washing machine and the vacuum cleaner eliminated some of the drudgery of household work. And so they indulged in their unprecedented freedoms, in my book Zafira and her friends whoop it up despite the hell they catch every morning. 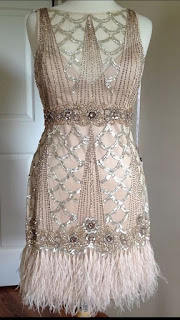 In the fourth chapter, Zafira and her best pals, Florence and Deborah get all jazzed up for a night of dancing. Zafira is rocking an apricot chiffon bugle-bead dress, adorned with a long string of pearls wrapped twice around her neck as was the style. Her lips painted a plum red and her eyes rimmed black as night. According to Fashion Time Machine, one of the main brands popular during this decade was one we still know and use today, Maybelline. It was first created in 1915 by a 19-year-old entrepreneur who noticed his older sister Mabel applying a mixture of Vaseline and coal dust to her eyelashes to give them a darker, fuller look. To complete the look Flo lent Zafira her spiffy head band that rested across her forehead. Headbands / Scarves were all the rage at the time. Decorated with precious gems, patterns, metals or even feathers, the headband made the perfect flapper accessory. And the bohemian style has even made resurgence today thanks to music festivals. Women in the 20′s never left the house without a hat, gloves and a handbag. Other popular accessories worn during this decade were, long strands of pearls, bangles, dangling earrings, scarves, head bands and socks. 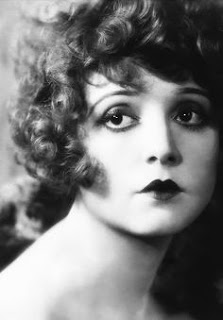 In Chapter Fifteen, our Time Traveling Bibliophile Sophia Marcil has been thrown into this body of her ancestor, Zafira Breathour and is sent on a trip to London, England with her mother and sister. As she follows the throng of women through the streets of London, listening to the sounds of lorries, cars and two horse-drawn hearses, she notices a woman in a cloche hat. Women in the Roaring 20′s did not leave the house without a hat or some type of head covering. There were many types of hats, the garden hat, the Musketeer hat, the Beret hats, toque hats, turbans and the 1920’s hat icon, and as I mention the ever popular cloche. These round shaped, snug fitting, helmet like felt or straw hats came so far down the forehead that visibility was only possible by lifting the chin up so she had to look down on people. Brims were a mere 2 inches at most. Some curled up, some angled out like a mini visor, and still others pointed down. By the end of the decade brims were nonexistent.

Curious as to how they would have looked, let’s jump into the fashion time machine. To see my smashing inspiration when styling these characters, check out my Pinterest page, Temple of Indra's CURSE Book Two Inspiration.
GRAB A COPY NOW 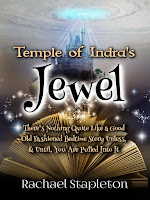 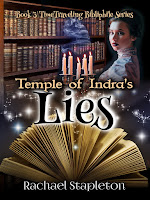 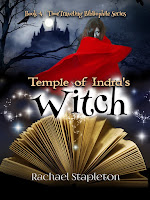