New Review of Temple of Indra's JEWEL by Paula Ratcliffe 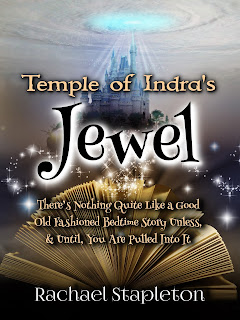 Paula Ratcliffe rated it it was amazing  ·  review of another edition
Shelves: kindle, virtual-book-tour, for-review, e-book, great-escapes-book-tours, read-in-2017
This book follows Sophia Marcil and Princess Sapphira and a cursed stone that has been passed in Sophia's family. When her boyfriend proposes and pops the ring on Sophia's finger she gets thrown into the 19th Century as Princess Sapphira of Monaco. There nothing is what it seems as there seems to be a lot of political things going on around Sophia. As she peices things together she gets thrown back and forth between the present and the 19th century. Will Sophia ever break the curse or is she stuck with it to repeat itself?

This book was so good I bought all three and can't wait to see what is next for Sophia as like any great book it left you wanting to know more. This book was full of so many great characters Irish Cullen who saves Sophia a few times over to truly bad characters that make you want to run the other way. Stuck in the middle of it all is Sophia and Cullen and Viktor and Sapphira. What happens next is anyone's guess!
#BOOKREVIEW #FIVESTARREVIEW #GREATESCAPESREVIEW #GOODREADSREVIEW #RACHAELSTAPLETON #TEMPLEOFINDRASJEWEL #MYSTERY #TIMETRAVEL #AMREVIEWING #AMREADING #BIBLIOPHILE