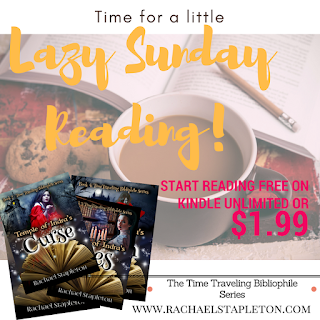 With the Temple of Indra's Curse
#KindleUnlimited #Sundayreads #Mystery #Mustread @Solsticepublish
Muskoka, Canada, Blood Moon, May 2003,
Stepping out of my darkened bedroom and wandering passed the grandfather clock in the hall, I waited for my eyes to adjust before creeping down the lake house stairs. Through the oversized window in the living room, I could see a large red moon hovering in the sky. The evergreen trees and murky marsh reflected eerily under its reddish glow, offering up the illusion that the marsh ran red with blood.
A gust of wind rattled the glass, prompting me to tighten the belt on my grey velvet robe. The thought of being trapped in the deep, dark abyss that lurked below that sheen surface of red was a recurring nightmare of mine …an odd phobia for someone who’d practically grown up on the lake.
The steps behind me creaked and I swung around to see a shadow at the top of the stairs.
“Sophia, is the boogeyman after you?”
My throat relaxed. My great-grandmother, Veronika Jackson, whom I affectionately referred to as Gigi, was in her long emerald nightgown, her copper curls pulled back under a bandana. She joined me by the window and gave my shoulder a comforting pat. How that woman managed to look pulled together even in the dead of night was a mystery to me.
“Nightmare,” I said, forcing my legs to move and follow her into the open concept kitchen. She switched on the kettle and I sat on one of four stools at the island facing her as she tinkered about.