Cursed by the All Star Cast

February 09, 2015
Tour Stop: Feb 5th Interview from the blissful blog of Susanne mathews
Sophia can feel the magic in the air when her strapping Irish boyfriend proposes or is that just the ring—made from the very sapphire that cursed her. Sometimes love is a dangerous thing. 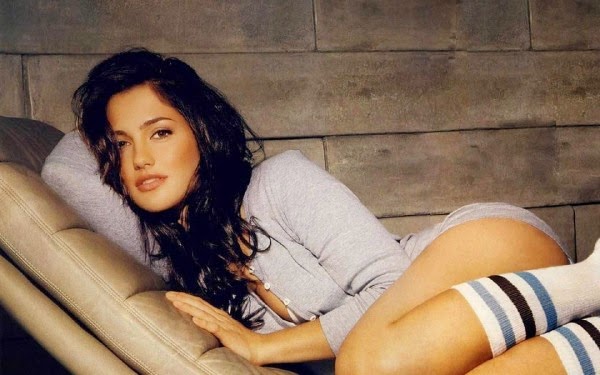 While writing Curse of the Purple Delhi Sapphire, I often got asked about a certain burning question; that question being “Who would you include in the all-star cast if your work was in fact made into a movie?” Most people think it’s an extremely fun activity to sit down and match up characters. I found it tedious and rather difficult. Who could play these characters I’d spent so much time of my time conjuring. Well here it is, the all-star cast for the movie version of Curse of the Purple Delhi Sapphire. In the role of Ms. Sophia Marcil, herself, I would indeed cast the beautiful and always endearing, Minka Kelly. With a pair of blue contacts and some freckles, she’d do nicely.

Leslie was tough to cast because she is modeled after my girlfriend so I already have a specific image of her but Isla Fisher was a close second. She is petite and curvy and just enough of a quirky free spirit to bring the spontaneous best friend of Sophia to life.

As the Irish heartthrob Cullen, I would most certainly cast handsome and talented Australian actor Alex O'Loughlin. He would need some red highlights, fiery green contacts and an Irish accent, but my goodness, isn’t that just the most perfect nose.

Cullen’s rugged and mysterious brother Liam was a little trickier, I definitely see him as Collin Ferrell but I thought that might be the obvious choice so what about Justin Theroux? His role in Charlie’s Angels was definitely bad boy sexy and we know he can do an Irish accent.

As Penelope, the busty, flirtatious, blonde travel writer, I would without a doubt cast the buxom seductress of the moment Kate Upton.

And who else but dark and dashing Jesse Metcalfe to play spoiled arrogant playboy extraordinaire, Nick Bexx Jr.

That just leaves Nick’s celebrity rich bitch girlfriend. So how about Margot Robbie—not that she’s anything like the character, but she has the looks and the acting chops to pull it off.

And that, my friends, rounds out the perfect star-studded cast for my novel Curse of the Purple Delhi Sapphire. Now I just need to hear from Hollywood.

What’s up next for you?


Blog Tour Stops are listed on the media page of my website www.rachaelstapleton.com.  There will be a rafflecopter contest running from February 9th to 23rd for prizes. Hit the tour stops along the way to win.